100 meters of Pride: The First Ever Pride Walk in Zaporizhzhia

On the eve of the International Day Against Homo-, Bi-, Inter*- and Trans*-Phobia IDAHoBIT, the NGO Gender Z from the city of Zaporizhzhia held its annual street rally, Rainbow Flash Mob, under the motto “One Hundred Meters of Pride”. Around 80 brave Zaporizhians gathered at the square near the regional library, in the city center, to support the LGBT-community. By Rostyslav Milevskyi

Participants of the event held a variety of hearts depicting flags of various identities, traditional Ukrainian motifs, state symbols, and, of course, rainbow colors. The presence of national symbols was particularly significant, since Ukrainian far-right groups have recently attempted to monopolize the usage of these symbols for their own purposes.

Nevertheless, LGBT-people love their country as well – they are also patriots and they seek change for the better. LGBT-people want to make Ukraine a country that is more comfortable, safe and which respects and values diversity. 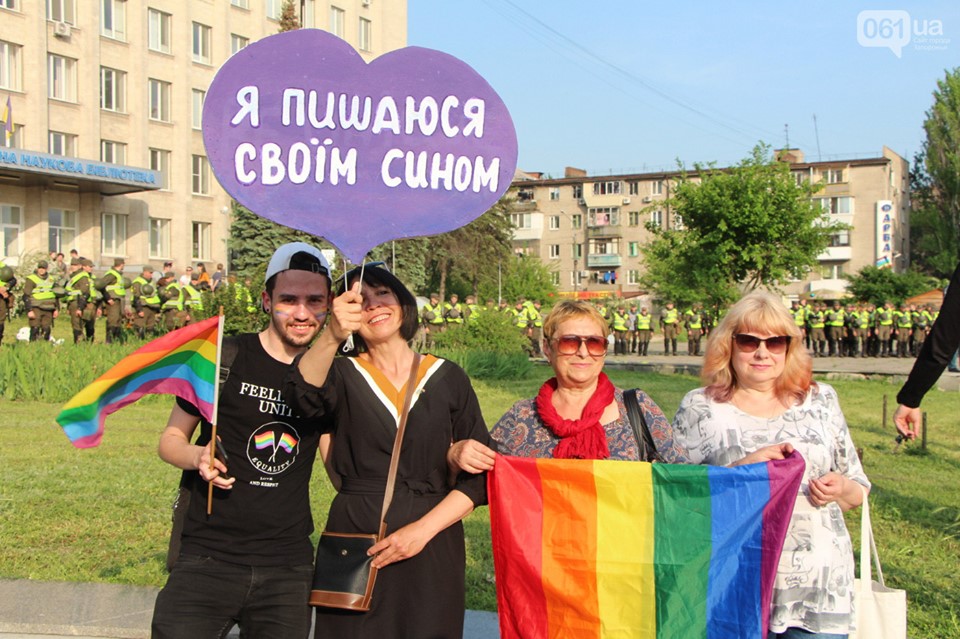 Unlike previous events dedicated to IDAHoBIT, this year, organizers added elements of a Pride March, as participants marched the symbolic 100 meters. “This year we added a small Pride walk for the first time. It lasted 100 meters only, but this is an incredibly important step for our city! We don’t have pride in Zaporizhzhia, therefore our Rainbow Flash Mob gave us a space to feel safe and proud while marching for equality”, said Tina Sobko, a representative of Gender Z.

Gender Z’s Director Rostyslav Milevskyi noted: “We are indeed happy that our Rainbow Flash Mob was supported by so many people, including our allies from our partner organizations.” 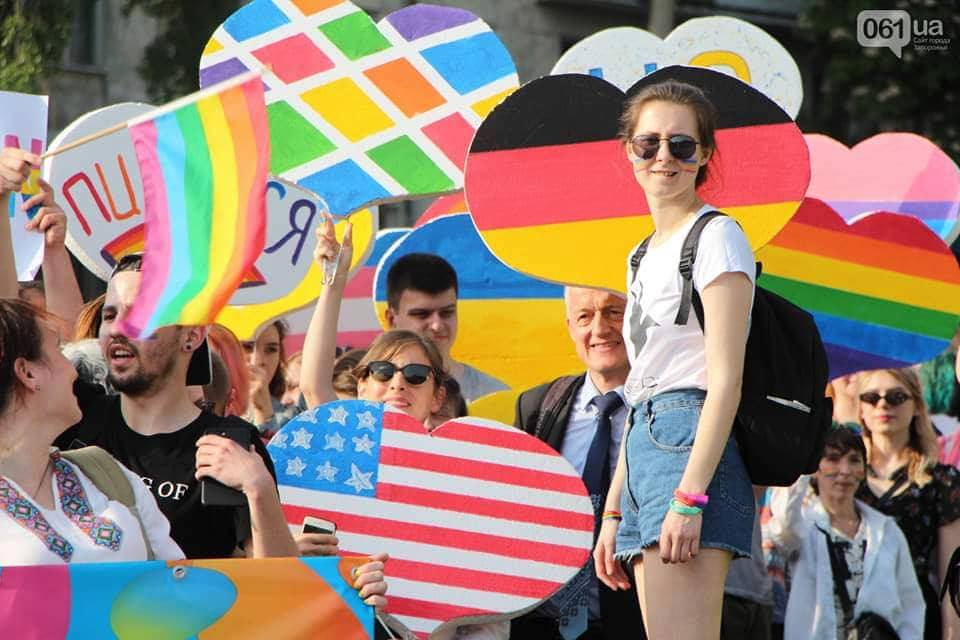 Among them was a group of Bavarians from Munich who had joined, days before, a Bavarian-Ukrainian Exchange of young LGBT-activists organised by Munich Pride, Munich Kyiv Queer and Gender Z. In a workshop they helped prepare the banners and symbols for the March.

And, of course, the organiseres were very grateful to the police, which fulfilled their duties of providing high-level public order and protection for participants.

“At the same time”, says Milevskyi, “unfortunately, we were forced to change the event’s location at the last minute due to violent right-wing radical groups who were preparing to disrupt it. Accordingly, we send our sincere apologies to those who didn’t have a chance to join our pride walk.

We apologize especially to the one dozen individuals who were not notified of the change in time and who arrived at the original location where there were not enough police officers and were subsequently attacked with paint by hooligans. 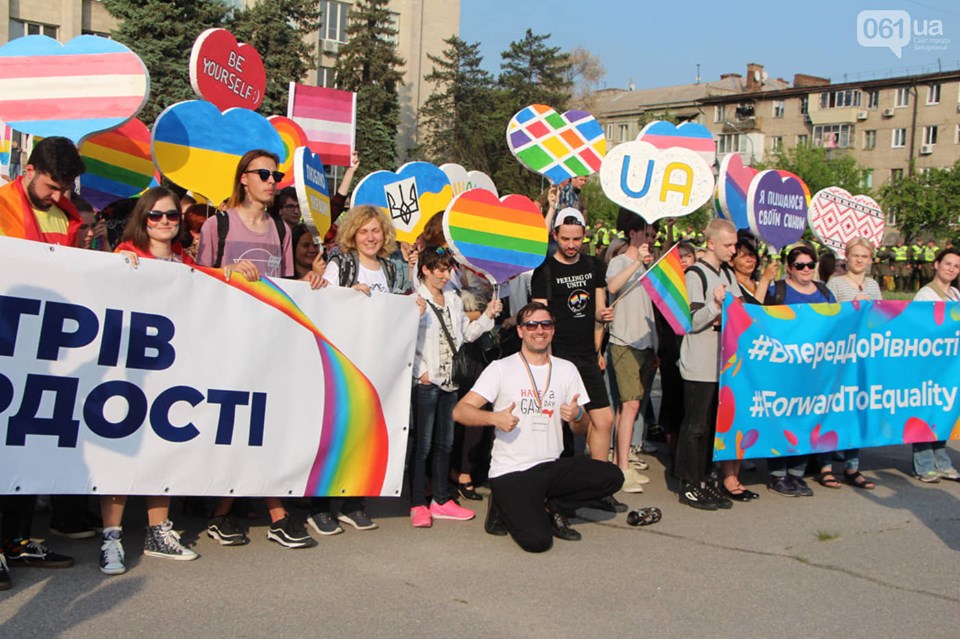 We still must make so many efforts in Ukraine to eradicate this hate. Despite the existence of hundreds of studies that have irrevocably dispelled myths on LGBT issues, many people are still ready to justify violence, non-acceptance, and discrimination on account of ‘traditions’ and stereotypes.”

Apart from local supporters, the event was attended by the Deputy Consul General of the Federal Republic of Germany in Ukraine, as well as representatives of USAID, the National Democratic Institute, OSCE, and the United Nations Human Rights Monitoring Mission in Ukraine.